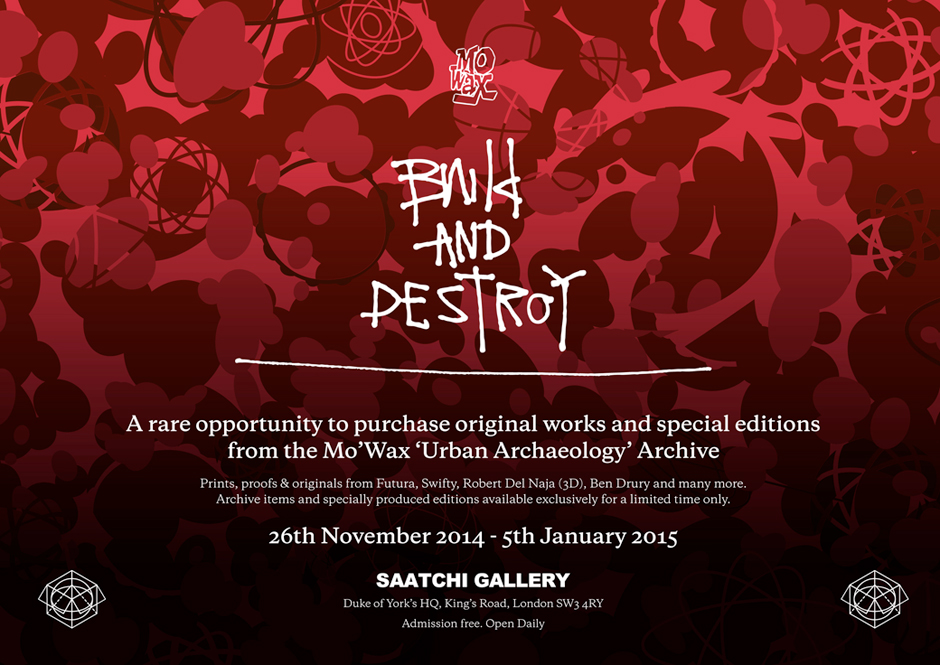 I’ve been trying to have infos on this one for weeks now, and it has finally just been announced on the Saatchi website.

So, there’s a new Mo’ Wax exhibition at the Saatchi Gallery in London, from 26th November 2014 to 5th January 2015. Unfortunately we don’t have much details but it looks like there will be more good stuff from the archives, with some up for sale. A unique chance to grab some pieces of history… Exciting isn’t it? I’m pretty sure that I won’t be able to afford anything though…

Also, some new works will be available for sale, such as some limited Swifty artworks that he showed off on Instagram earlier last week, as well as the fragrance -also titled Build and Destroy- made by Azzi Glasser in collaboration with James Lavelle.

I’ll update this post when they release the infos, I’m sure the Mo’ Wax team will do an official annoucement very soon.