Daydreaming are working on a Mo’ Wax project!

Just when you think that James Lavelle has completely forgotten Mo’ Wax (there was supposed to be something for the label’s 20th birthday in 2012, that never happened) comes the news you’ve never dare to dream before. Daydreaming and Lavelle have started working on… something we don’t know yet.

Yesterday Daydreaming have posted the most excited tweet I’ve ever read :

followed by more tweets and even more exciting pictures of the storage : 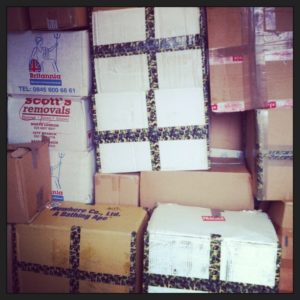 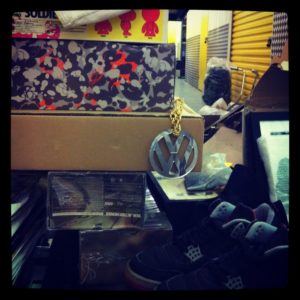 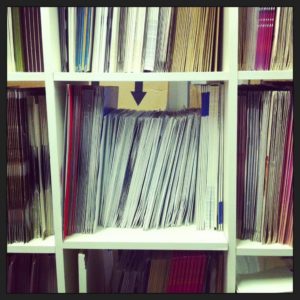 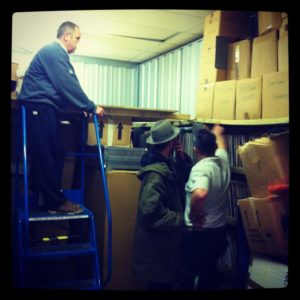 Check out the full tweets here.

This is crazy! As I pointed out on the U77 forums a few months ago, nothing was done for the 20th birthday last year, but it looks like something very interesting is coming for 2013.

We can expect a new Daydreaming with… exhibition, so I’ll start saving money right now. Also I really hope that some rare stuff will be made available like when Lavelle opened his stock on Ebay in 2006. Seeing the photo of the record shelves – and if they are full of Mo’ Wax only – there may be some exclusive goods to grab.

This morning James Lavelle also posted a picture of him with the HUGE Pointman that was standing in the Mo’ Wax office years ago on his Facebook page.

James Lavelle thing U.N.K.L.E
James lives in a 3-minute walk from the house.
I met for the first time in a long time, I was in touch with a jacket of CASH CA.
Apparently, the book will be published to commemorate the anniversary of 20 Mo’Wax, I also avaliable various fun things.