An interview with Andrea Parker

Ahead of her appearance at Synthesis Festival in London this Saturday alongside DJ Krush and Juice Aleem, Andrea Parker answered a few questions. 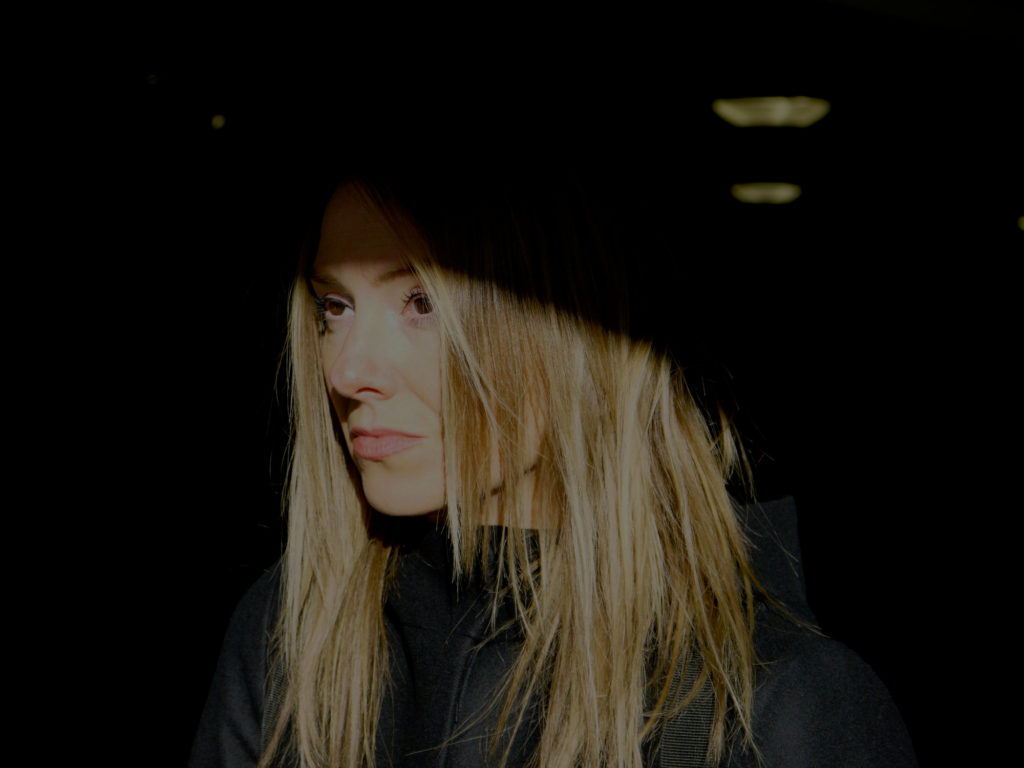 Synthesis Festival is taking place this week-end in London. Get your tickets NOW! www.synthesis-festival.com

Andrea Parker has always been a discreet yet prolific artist. As a producer, she delivered some of the best Mo’ Wax releases, particularly the timeless Kiss My Arp album, but also countless of 12″ on various record labels, including her own imprints Touchin’ Bass and Aperture. As a DJ she always breaks boundaries with a wide range of music she loves, no matter what the crowd is expecting. In any case, she just does exactly what she wants.
Andrea is one artist who was in my top list of people to interview for this site, so her forthcoming performance at Synthesis festival was a perfect opportunity to ask her a few questions.

Hi Andrea, it’s been a while since we last spoke about an interview. For some reason it never happened so I’m happy to have you today. How you doing? What are you up to at the moment?

You’re going to play at the Synthesis Festival in London at the end of the month, alongside DJ Krush and many others. That’s not the first time you’ve been involved with Gamma Proforma. Can you tell us about your relationship with them and how it all started?

I’ve known Rob Swain (Gamma Proforma) for years. We’ve done numerous projects together. We’ve always had a common appreciation of art and music and, to us, the two have always been inextricably linked. The Rewire project we did for Gamma Proforma is a great example of this, exploring the partnership between art and electronic music, where we had an international line up of artists creating works which were interpreted sonically by audio artists. Effectively reversing the common record model where the artist creates an image to capture the mood of the music. The Synthesis festival is another excellent exploration of this, celebrating urban culture, art and sounds in a more bold and adventurous way, but on a larger scale.

There’s a very 90s feel to the Synthesis line-up, how do you feel about that?

That’s fine by me! The 90’s was a very special era and one that holds some of my fondest memories. It had some of the best music, the best warehouse parties and let’s not forget we were still all excited about the world wide web that had only recently been born. It was a groundbreaking era in some respects, with technological transformations and new equipment that defined that sound. It was a time for radical upheaval where people took control. A time for rebellion where like minded people got together with no boundaries (usually at illegal raves!). I guess this is the attitude that Rob is still pushing to this day with festivals like Synthesis (without the illegal bit, obviously!).

Last year you and sheOne aka BlackAtelier (who will also be at Synthesis) gave a very original audio/visual performance in Madrid, and for me as a Mo’ Wax fan it was exciting to see you both working together 20 years after the amazing Melodious Thunk EP. How did that happen? Have you kept in touch during all those years?

sheOne and I actually collaborated again together at a Gamma Proforma night at The Social in June 2016, which was the first time we had worked together since the Melodius Thunk EP. We had always kept in touch, throwing idea’s around, trying to get projects of the ground but, sadly, none of them ever came to fruition until the MATA night at The Social. It was around this time that Espacio Fundación Telefónica contacted me to do a show in Madrid and asked me to bring a visual artist on board to collaborate with. I thought that this was the perfect opportunity for me to take my recent collaboration with sheOne to a bigger international audience and, following the success of that night, we have now been invited to showcase the same format at Le Camji in Niort, France on 7th October.

I really want to know about the Mo’ Wax years, can we talk about that? Tell us about the hook up with James Lavelle and your beginnings with Melodious Thunk. How was it to work with Mo’ Wax?

James actually left a message on my answering machine (we had those in the 90’s), asking me to come in for a meeting. At that time, I was known more as a techno/electro artist and DJ but I already knew that I wanted to go in a different direction and, being a big fan of Mo’ Wax, I was obviously excited at the prospect of working with them. I went in and played James a few demos including The Rocking Chair. I’d had releases out on other labels including Sabrettes, Infonet and R&S by then but there’s no question that being on a label like Mo’ Wax essentially launched my career. I feel very honoured to have been part of such an influential movement.

Back to you. Your own record labels Touchin’ Bass and aperture records are still going strong since 2002 and 2009. Also, correct me if I’m wrong, but I think that the latest Andrea Parker track I heard was Response with Daz Quayle on the Rewire compilation put out by Gamma Proforma 2 years ago. We need more! So what’s next in the Andrea Parker world?

I released a concept album with Daz Quayle in 2011; ‘Private Dreams & Public Nightmares’, which was a rework and re-interpretation of Daphne Oram’s original archive. I mention this because many people I speak to don’t seem to know about this release for some reason and it’s one that I’m very proud of. But yes, going back to your question, Volatile (which was on the Present Tense compilation on Touchin’ Bass) and Response were the last tracks we released. We are working on an EP together at the moment that will hopefully be released soon, though. Aside from that, I’m finally working on my long-awaited follow up to Kiss My Arp which I’m excited about having just had a pick up installed in my cello! I’ve also got the milestone 50th release coming out on Touchin’ Bass soon, as well as the next three releases on aperture records lined up, including the 10th release which I hope is going to be something special. DJ wise, I’m obviously playing at the synthesis Festival this weekend, then I’m off to France with sheOne to play at Le Camji, then a three hour set at RAIDON in Amsterdam for ADE with Diagnoal on 20th October. I’m on from 5am-8am, so let’s hope I’m still standing by the end of that one! 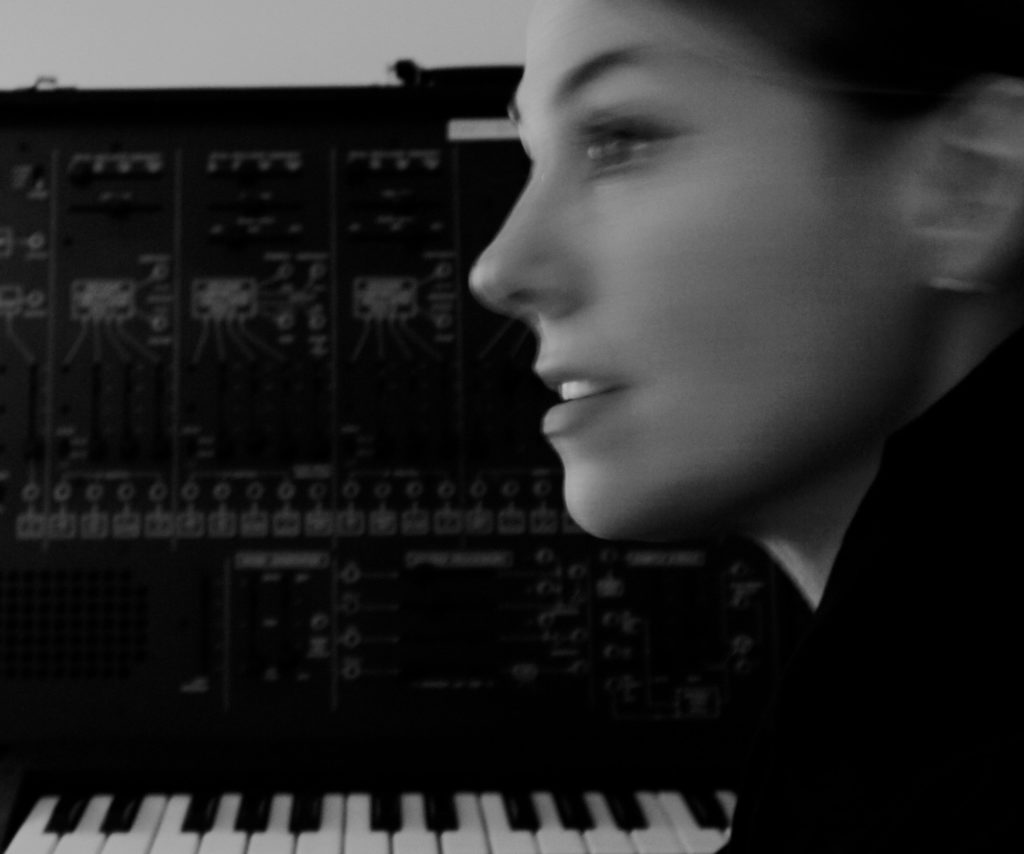 Maybe you won’t want to answer this question and that’s OK: I was wondering, what do you do for a living? Do you manage to live from music?

I live FOR music.

Finally, what can we expect from you at Synthesis? Do you plan to prove that there’s still no one darker than Andrea Parker?

Of course! I’m still doing what I do, and what I’ve always done, which is go against the grain, educate, clear dance floors, introduce people to new music and not give a shit whether they like it or not! Too many people play it safe and just stick to doing what people want to hear. It’s never been about that for me. Bring the noise!

Don’t miss Andrea Parker at Synthesis Festival in London on 30th September in London with DJ Krush and Juice Aleem. Find all the infos here : www.synthesis-festival.com

And by the way, check out this long and excellent mix Andrea did for Rewire, another Gamma Proforma project.

5 thoughts on “An interview with Andrea Parker”