An interview with DJ Krush

DJ Krush has finally released his new album Butterfly Effect, and is currently touring the world. What better opportunity than this to ask the man a few questions? 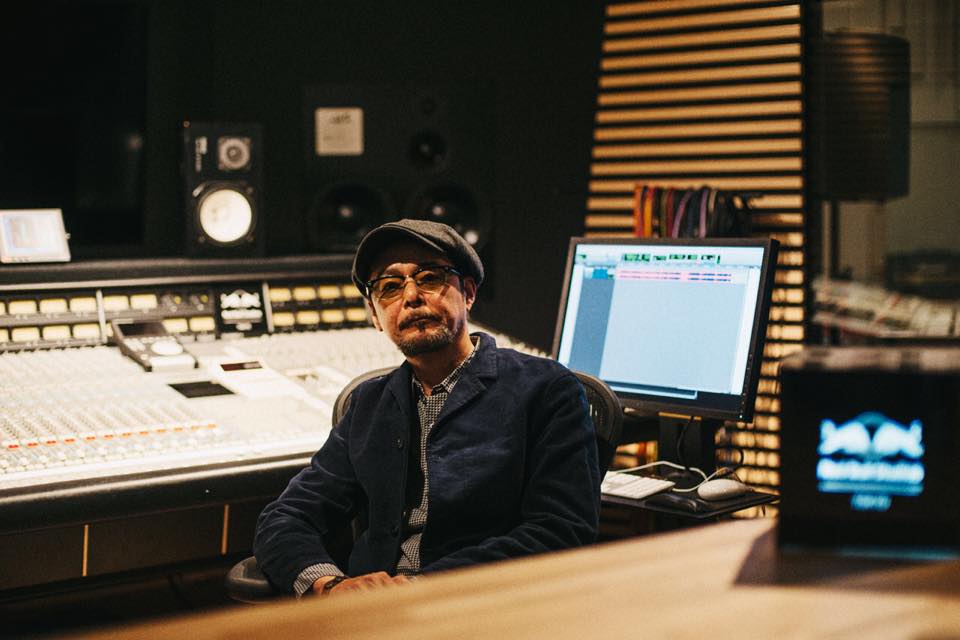 Japan’s finest beatmaker DJ Krush has just released his new album, “Butterfly Effect”, 11 years after “Jaku”. He is also currently touring the world, spreading his good vibes on the 1’s & 2’s in a city near you, don’t miss him!
My fellow Mo’ Wax geek and UNKLE77 forum mate Mo’Matt kindly offered to do a DJ Krush interview, so for the first time I’ll simply turn the floor over to him.

Hideaki Ishi is the original Tokyo B-Boy, who as DJ Krush redefined the usually US-centric hip hop style. His smoky head-nodding beats are one of the main reasons many Mo’Wax fans and collectors got hooked on the label. He’s worked with a vast array of international musicians, including DJ Shadow, Company Flow, Sly & Robbie, DJ Cam, Monday Michiru and Ronny Jordan (just a few). He has also put out some equally great work as a remixer, putting his spin on a crazy variety of artists such as Miles Davis, KD Lang and Method Man.
He’s just released a new album which is a fantastic new interpretation of the atmospheric Krush sound, which manages to sound modern and classic at the same time. All his albums are worth a listen, but of course it’s the three LPs that were released on Mo’Wax that have a special place in my heart, with their trip hop vibes and Futura artwork. Along with his labelmate DJ Shadow, Krush introduced me to the wider world of hip hop, electronic music, turntablism and sampling. Basically everything that makes life worth living. Sound like hyperbole, but it’s a huge honour to get the opportunity to ask the man some questions. Watch out, it’s gonna get very geeky…

Was there much of a Japanese hip hop scene when you started out? Or was it mostly imported from America?

It was pretty much all coming in from the US. I was young and needed something that I could dedicate myself to. When I discovered the film WILD STYLE in 1983 I found what I really wanted to do, to express myself. Breaking, grafitti, rap, DJ… I always liked music so I chose DJ. My body wasn’t built for breaking, DJing was the thing for me.

How do you see the Japanese hip hop scene now?  Are there any artists you particularly like right now?

It’s been about 34 years since hip hop came into Japan. I think the situation now is pretty much the same as the other countries. Hip hop in Japan is divided in two parts. Mainstream and Underground. Underground is more interesting and I feel comfortable here.

How did you end up releasing records on Mo’Wax?

I was involved with MoWax from 1994 to 1998. I had quit doing Krush Posse and from 1990 to 1992 I decided to go solo. I wanted to make a living off from music and made demo tapes every day. I had a remix offer for a soundtrack for this movie called TVO, and this opened up opportunities to play overseas. Paul Bradshaw at the jazz magazine Straight No Chaser liked the remix and demo tape. Then I think James Lavelle who was working for Paul approached me. It was the heyday of acid jazz but we had already moved on and started to create something new.

How do you go about collaborating with other producers or MCs?  Do you prefer to do this online or in person?

I get inspired by all the projects and each becomes the springboard to get to the next level. Each one is stimulating. I think it’s amazing now that we can collaborate online. There are positive and negative sides to it, but either way I always do my best.

How did the Duality track work (with DJ Shadow)?

His drums were amazing, a master of the MPC. We couldn’t communicate through words but we just let the music do the talking and gathered ideas together. The process was very smooth and a lot of fun. The sound we blasted out may be different but hip hop was always the basis from which we both built up our own styles. It was definitely an organic thing though, both DJ Krush and DJ Shadow might be all about getting to that place.

What is the story behind the 89.9 Megamix?  Were these unused Krush beats remixed by Shadow, or a collaboration like Duality?

It’s a remix by DJ Shadow.

Any good stories from the Headz tour days?  Did you have a good time hanging out with the Mo’Wax crew?

In autumn of 1994, I went on the second MoWax tour and it was the first time with DJ Shadow. We were playing in Bristol, the venue was packed and there was no ventilation; the walls became all wet with condensation, the needles got wet as well and I couldn’t scratch. I had toured around Europe with artists in a car too, we drove around England for 10 days, and we only had hotel for two nights… It was tough. The performance fee was very low too.

What inspired this latest record and why the long break?

I had been making tracks and had released digital tracks but they just didn’t become an album. I had been playing live all over the world and the next thing you know 11 yeas have passed.

How important is the artwork for your releases? Do you pick the artists/designers, or leave it up to the record company and focus on the music?

Artwork is a very important element. I work together with my team and work things out. This is how we did for Butterfly Effect.

Favourite album of yours?  Do you listen to your own music much?

They’re all me. All is equal.

Has illegal downloading affected you?  Do you see this as a positive of negative?

I was born in the days of vinyl and enjoyed music through vinyl and cassette. I still remember the excitement and I’m becoming like a nostalgic old man. I have mixed feelings for all the changes. It’s important to think about the positive side of it, but as a professional, it’s not so easy. Now, I feel that there are more things we need to consider than simply creating music. It seems convenient, but maybe not…

How often do you go digging?

Still sampled based music?  Have copyright laws affected the way you currently produce music?  Do you have to be more careful with samples?

Yes, I’m careful now. I mainly use things that I actually played or something that the copyright is cleared.

Any plans for another mix album?  It’s been a while (only 4 official ones).

A lot of people ask me to do mix album. I’d love to do one if there’s an opportunity.

A big thanks to Matt Butcher aka Mo’Matt for his help, and to Rob Swain / Gamma Proforma for the DJ Krush connection! 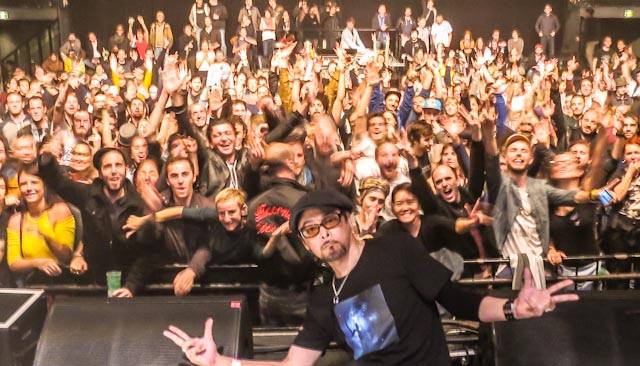 DJ Krush is on tour all over the world. Check out this post to see if he’s coming near you!