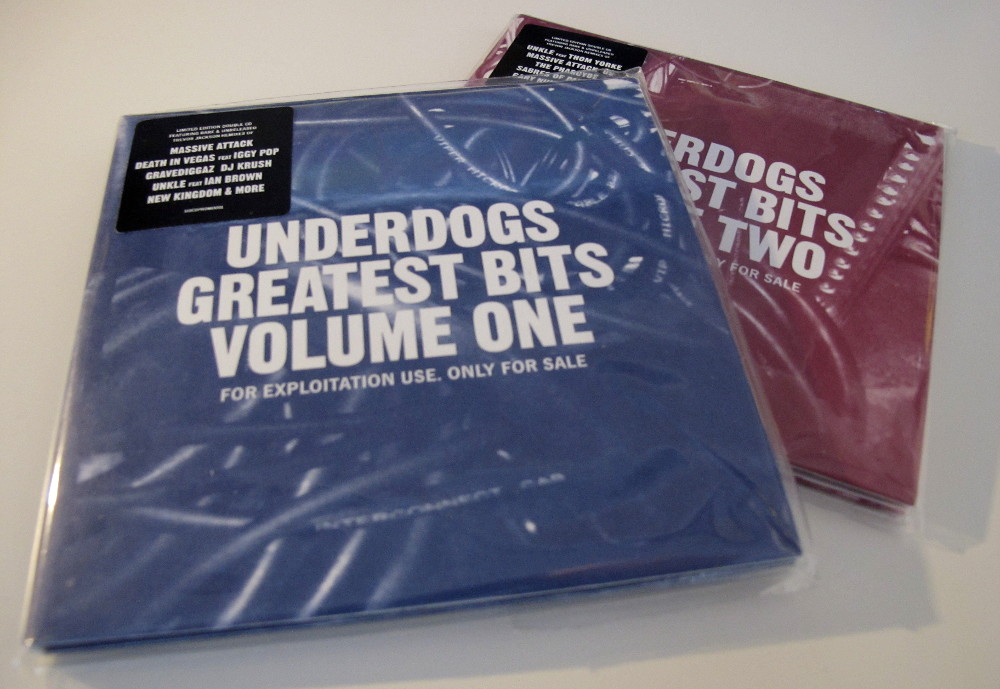 With only a few remixes, Trevor Jackson aka The Underdog has been one of the most constant artists in Mo’ Wax history. From Federation’s Life so Free in 1993 to UNKLE’s Be There in 1999, he has put his skills to good use during almost the entire label’s life. I personally think that his unique style has really contributed to Mo’ Wax musical identity.

January saw the release of his first ever compilation of remixes, including almost everything he’s done under the Underdog moniker. It consists of 2 volumes of 2 CDs, limited to 500 copies each and hand-numbered on the back. The gatefold sleeve design is simple but nice and clean, with a cool homemade feel to it.

Each volume compiles 25 tracks, including six previously unreleased tunes (check out the rarely heard Teardrop remix!), all quality music from the beatmaster. On the Mo’ Wax side of things, we’ll have Krush’s Only The Strong Survive (one of my favourite MW tracks), UNKLE’s Rabbit In Your Headlight + Be There.
There’s also an even more limited (50?) bonus CD available at Rough Trade with 8 to 11 more tunes (depends on the copies apparently…) including the fantastic Life So Free remix (another favourite).

Available now at Rough Trade or at Phonica.

Definitely a must have!